What is a CNC lathe? What information is better about it? 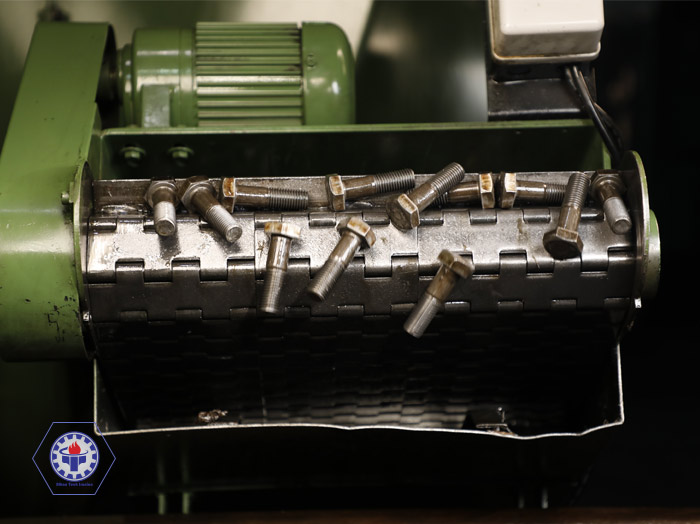 What are the steps to produce cold forging screws?

Screws are usually cylinders surrounded by spiral grooves. When designing screw grooves, they pay attention to its function for cutting softer and harder materials. In various industries, we see that the grooves are designed as triangles, squares, trapezoids and semicircles on the side surface of the screw body. As you know, screws are used to connect parts to each other and are also used to adjust industrial devices or to transmit motion. Cold forging screw production is one of the most common methods of screw and nut production.

What are the uses of screws?

The use of screws in various industries is really high and we see that it is used for machine tools, clamps, tools and equipment and ships, public and private vehicles and aircraft.

Screws are used even in metal buildings, office and everyday desks and chairs, printing presses, and a variety of spinning and weaving machines. The screws are different, but most are made of metal, wood or plastic.

Steel is one of the most widely used materials for the production of screws. Of course, they mostly use low carbon and medium carbon steels. But this does not mean that high carbon steels or stainless steels are not used; in fact, stainless steel is used in the marine and food industries. This type of steel is also used in wet places and in making Teflon, copper and brass containers.

To produce screws by cold forging method, the process and operation is carried out, which is one of the main processes. When the pressing operation is performed, the wire approaches the final shape of the screw with a few strokes. It is common to perform pressing operations in both hot and cold methods. But for 24 mm diameter, cold pressing is usually used and if it is higher than 24 mm, hot pressing will be a suitable option. You also need to know that wire forming operations are performed by special molds.

Steel wire is used to produce steel screws. Steel wires are also available in coils on the market. To produce cold forging screws, the forging machine first pulls the wire from the coil to smooth it. After these steps are done, it is cut to specific lengths that are slightly longer than the length of the screw.

To form the screw flower, a three-step process is required, which will be done using a press. In the collar pressing stage, the first pressing blow will create a semi-conical collar on the wire. In the rounding stage, the second press of the created collar will be rounded.

At this stage, surface markings on the screw, such as grade and standard, and the manufacturer’s name will be engraved on the head. In the third blow of the press, which has a shear shape, the round bevel is removed from the armpit and a hexagonal head is designed for the screw.

In the next step, a chamfer or chamfer will be created on the other end of the screw where the nut is closed, and in the last stage, ribbing or rolling on the screw will be done by rolling or roller method. To do this, the screw between the two roller jaws will be done at high temperature.

How to make screws separately for each step

By this point in the article, you will find that cold forging is commonly used to make screws. In this method, the wires need to be placed between the jaws, which have a high temperature. No special temperature is required to do this and the ambient temperature will be sufficient for this. But before you can do that, you need to prepare the wire. In the following, we will briefly describe the stages of screw production.

The wires used in the production of bolts must go through a series of steps and be prepared. In the first step, the wires must be softened, for this purpose, a hot solution will be used to soften them, and the wires will be placed in a hot solution for 30 hours.

After the wires are immersed in hot sulfuric acid solution, the impurities in the wire are removed. After this step, the wire coils are placed in phosphorus and phosphated well. In the final stage, they are lubricated to prepare the wire for forming.

Using a forging machine to produce bolts, the wires are first smoothed. In the next step, they pay attention to the desired screw length and cut these wires accordingly. It should be noted that the length of the wire is usually considered to be slightly more than the final screw size. The reason for this is that the screw flower will also be pressed on the same wire. Forging machine is used to press the screw at this stage.

How is a nut made?

To produce the nut, like the screw, the wires are first prepared and all the steps mentioned for the production of the screw will be repeated. After the preparation step, the wires are cut into small sizes and heated to a temperature of about 1200 ° C. In the next step, the slugs are formed into hexagons using hydraulic hammers and are created by the method of pressing and holes inside them. Then they use the nuts to create the nut ribs.

After the construction of the screw is finished. With the help of a digital micrometer, the appearance of the screw is tested and in the quality control stage, the way of opening and closing the nut on these newly produced screws will be tested. Sometimes