What are cold forging and hot forging? 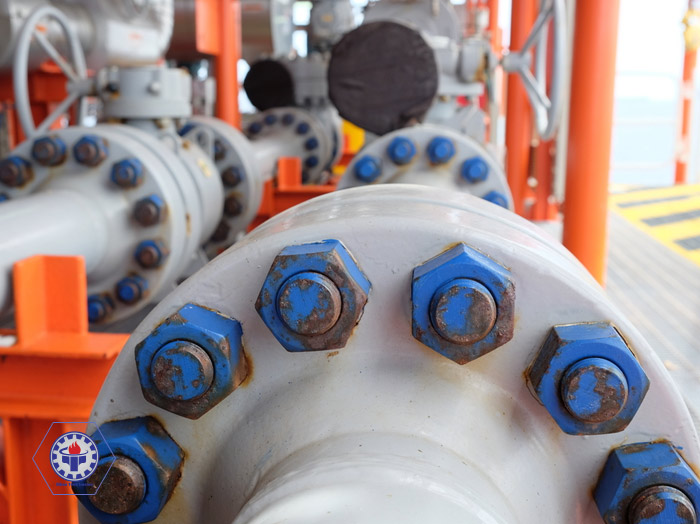 What is Stud-Bolt and in what industries do we see their use?

Stud bolt, which stands for bolt with threaded rod, is mostly used in the oil and gas industry. You should also know that stud Bolt is one of the main and mother connections in the petrochemical industry. Other industries, such as the construction and mining industries, use stud Bolt, and the production lines of machinery and automobile industries, and the cement, water, and sewage industries are not without this part, and it is one of the basic components of the mentioned industries.

Stud Bolt can be considered a kind of specialized connector. Because it is mostly used to close flanges and other metal parts. Flange connections will be made with a special type of screw called a stud bolt. Do you know about flanges? Flanges are a kind of connection of pipes, valves and devices to each other that look like discs, which provide the connection of two parts to each other with the help of bolts and nuts and of course the screw of the bolt.

If we want to describe the appearance of stud Bolt, we must say that this type of screw is a threaded rod that is fastened on both sides with a hexagon nut. These tools are used in conjunction with two heavy nuts, called soybeans. Ordinary screws have heads, but stud Bolt does not have heads, which is why they are called headless screws.

At present, Nikan Tak Iranian Company is able to produce and market all kinds of industrial and installation bolts and nuts. Advanced technology and devices are used to make all kinds of stud bolts, and the company produces its products daily with the best materials and standards.

What are the characteristics of stud bolt?

For each flange connection, a number of screws are used, the amount of which is determined according to the number of holes in the flange. The type and class of flange pressure determines the diameter and length of the screws. In terms of length, you should know that inch bars are defined according to ASME B16.5.

The distance between the first and last thread determines the length of each stud bolt. Therefore, the slopes that exist before the thread of the two ends of each rod will not be considered as part of its length. It should be noted that to calculate the length of the metric rods, the slopes of both sides are also considered.

If you want to tighten this model of screws, you need to use a hydraulic device. This is because when we want to use them, the length of the screw must be equal to one diameter so that it is possible to place protective plastic caps on the head of the screw.

The electric arc furnace is one of the main tools for making stud bolt screws and after several castings and heat treatments, it turns into a shiny rebar. stud bolt screws are marketed with different plating depending on the type of use and also the place where it is to be used. Galvanized, Teflon, stainless steel, carbide and dachromate are among the plating of this type of screw.

Stud bolt’s production process has special sensitivities and is complex and precise, and must be considered in terms of the amount of load and the tolerable temperature. It should be noted that in the bolt market, you see stud Bolt, which are a kind of hardened rebar and are made of MO40 or CK45 raw materials. The threads on the stud bolt form in millimeters or inches on the rebar, and its grade hardening operation will be detected from 8.8 / 10.9 B7 / B8 /.

It will be cut after being threaded on the rebar according to the predetermined size. The rods may be made of stainless steel because it is most commonly used in the oil, gas and petrochemical industries. In other industries such as bridge construction and construction of high pressure tanks or valves, we also see the use of this material by stud bolt.

Metric bolts are also fully threaded iron rebars. It is also worth knowing that the material used to produce the oil company bolts and washers is MO40.

They use ASME B1.1 standard to determine the thread of stud bolts. The most practical type of thread is V-shaped, which has an angle of 60. This type of stud bolt thread uses the same metric and inch standard.

One of the most useful threads for stud bolt is the large thread or UNC. This type of thread is used for iron, aluminum and copper. But if you work with small and sensitive parts, fine thread or UNF will be suitable for you. UNF is used when more torque is required than UNC.

ASME B18.2.2 specifies the dimensions of inch nuts. Your beads are called face washers if you have a washer, and if you want two, create a double chamber.

The washers are made of steel according to the standard and will comply with ASTM F 436 standard.

What are stud bolt’s most used models?

Grade b7 includes various sub-categories, among which we can mention the standard of stud bolt b7m. This stud bolt is the most used model. Bolt stud b7m is used in medium and high temperatures. Regarding the diameter of the stud bolt b7, we should mention 110 to 130 mm. Due to its many applications in oil pipe fittings, stud bolt b7m has also become known as an oil company nut in the market and industry. It should be noted that stud bolt is also used in a variety of valves and well drilling equipment.

This stud bolt is made of 304 steel and inch or metric gears are the main tools for making stud bolt b8m. 8-11% of chrome used in the construction of this type of screw, makes it resistant to corrosion and moisture, and we see the use of this screw in pipe connections, water and flange transmission lines, shipbuilding industries, etc. In general, this grade has a high thermal resistance and will be ideal for working in industries with temperatures between 200 and 575 degrees Celsius.

The oil and gas industries are the main consumers of stud bolt b16. Like stud bolt b8, this screw is suitable for high temperature industries. You can buy this piece in inches and metrics from the market. Although the two grades B16 and B7 are very similar, they also have undeniable differences. Both screws are made of medium carbon alloy steel and will become the final product after several stages of thermal hardening.

The materials used to make both grades are similar. The main difference between them is the amount of manganese. There is less manganese in stud bolt B16. Also, the amount of vanadium and aluminum is very low. But the similarity of these two types is in the amount of hardness, control load, yield stress up to 450 ° C and discount.

In this article, we tried to introduce you to stud bolt and its types. We have described the production method and the materials used in its construction so that you are fully acquainted with their application in various industries. Thank you for joining us. Your constructive feedback can help us produce better and more useful content, so share your feedback with us.